An open letter about a race.

Last weekend, I piled into an SUV with several of my best running buddies. The back window boasted a Hillary sticker and the driver was a gay man wearing a Pride 5K tank. So we may have been a bit of an anomaly as we cruised across the Mississippi and dipped into rural southern IL. Still, we were met with a warm welcome by a small town hosting one of the hottest and most challenging half marathon courses I've ever encountered. I was particularly touched to find that each and every bib number had been personalized with a magic marker, wishing us luck by name.

Notably, it had been just over a week since the Stockley verdict had ignighted protests across our city; so when we were asked to place our hands over our hearts and recite the Pledge of Allegiance (a somewhat unique request for a group of runners awaiting the start of a race); the words 'justice for all...' felt somehow like a false and unfulfilled promise. I breathed heavily and considered my knees as the flag was paraded past us, but knew instinctively that this sea of friendly rural white faces would very likely have totally misunderstood the gesture.

When the invocation speaker was handed the microphone, my instincts were verified. This was a warm and friendly crowd, but not one that had any idea what was really happening just across the river from them. I felt a little sick as I approached the start line and realized that a big part of our country is completely unequipped to understand what is really happening at this moment in history, the epicenter of a movement swelling just a few miles down the road.

It took me several miles to shake out the dead feeling in my stomach. Then something sort of lovely happened. I found myself running in pace with a women who struck up a conversation (as is sometimes needed to break the awkwardness of being in stride with a stranger in a smaller race). We spent five miles or so talking lightly about various local races and our families. Eventually, our discussion sidestepped cautiously around and then right into that dead feeling that had set in before the race. I was so relieved to find that she had been equally put off by the rhetoric we'd heard from the speaker before the race; and while she acknowledged that her views were something of an anomaly in the area, it comforted my soul to hear her acknowledgement and understanding of the social injustices plaguing this country.

The blistering heat and a vague foot pain (largely the result of rage-tying my laces too tight at the start line) caused me to fall behind my enlightened companion in the last 3 miles or so of the race; which also happened to be mostly uphill. I finished a full 20 minutes slower than my usual half marathon pace, battered and aching, but somehow also feeling much better than I had at the start of the race.

It was probably a totally futile effort on my part, but I spent the next few days composing the following letter to send to the race organizers. The letter was really more for me than for them as I am unconvinced that letters do much to actually change hearts and minds. But I come from a solid lineage of strongly-worded letter writers, so I suppose this composition was unavoidable.

To Whom It May Concern:

I want to first thank you emphatically for such an amazingly supported race this past weekend. I was really impressed with the excellent turn out to support water stops at *every* mile (wow!) and I know that I would certainly not have been able to finish without that frequent and ready access to water and Gatorade (and fruit!). The heat was oppressive, but the enthusiasm of the race supporters and the community was a huge help.

I also want to take a moment to address the Invocation at the start of the race. Even though my friends and I drove over from St Louis, we were aware that the race was inspired by the tragic loss of a firefighter in your community. Given that, it was not surprising to find the race was taken as an opportunity to support first responders.

I want to emphasize that I fully support our brave and willing public safety officials who make it their responsibility to keep us civilians safe and I am always so happy to engage with my community's firemen and women and also law enforcement officers. The fire department in particular is often present at community events in my city and I love the way they interact with my children.

I also understand, as we all do, that there is a huge problem right now in St Louis and in our nation involving the behavior, perception, and treatment of some of those first responders. Your invocation speaker cited that there had been over 100 police fatalities this year. That is a tragedy. Senseless loss of life is always something to mourn, particularly for those who make a career out of diving straight into dangerous situations with the ultimate goal of keeping communities safe.

I've been doing some research recently myself, because I believe in finding truths and using those truths to help identify and solve problems. There were a few different sources and numbers on the loss of law enforcement lives that I found. A Newsweek article dated August 7 tells us 74 officers have been killed nationally this year, with a slight uptick in firearm-related deaths (totaling 28 nationwide). Here is a link to that article.

Another site I found states there have been 95 police fatalities nationally in 2017, claiming this number is down by 3% from last year. This site, 'Officer Down Memorial Page' attributes 33 deaths to firearms. These deaths are indeed a tragedy among the more than 1.1 million law officers nationwide.

I'm not writing to refute numbers though.

As I mentioned, any death is a tragedy and particularly when it's violent and of course when it's an officer of the law.

I embrace the idea of a community rallying together to solve what they see as a problem. There were statements made in the invocation declaring that police killings ('ambushes') were at an all-time

high and the 'thin blue line' concept is clearly a community responding to what they believe to be a crisis. The idea that public servants are under attack, including the sentiment regarding 'anti-police legislation' seemed to be the general theme of the race's invocation.

Here are some more things I've learned through recent research:

In 2016, there were 963 fatal shootings by police. There have been 721 this year so far. Mental illness played a role in 25% of these deaths. The victims of these shootings are disproportionately black and Hispanic; as in nearly half of these were minorities who account for only 30% of the nationwide population. In St Louis alone, there have been 8 fatal shootings in 2017 by police officers.

The number of high-profile police killings of unarmed citizens (generally people of color) in otherwise seemingly benign situations is staggering and the details of these are so tragic and upsetting: Alton Sterling, Walter Scott, Eric Garner, Philando Castile, Michael Brown, Tamir Rice...just to name a precious few.

And now, we are witnessing the very intense reaction to these statistics and high profile cases; a visceral response to an unfair judicial system and the real sense that some of our fellow Americans now are made to feel *less* safe in the presence of public safety officials. That feeling is real, even if it's not a feeling that I (as a white woman) have ever actually felt.

Here is a suggestion: Let us not make it us versus them. Let us not perpetuate the sentiment that there is an ongoing war between law enforcement and a portion of the population and we all must pick a side; that my acknowledging that black lives matter is somehow an act of aggression towards the policing community and their families or that taking a knee during the national anthem is meant as an act of disrespect towards our military personnel.

The systemic injustices of our criminal justice system stems at least partially from vast wealth inequalities which has amassed over past decades of legislated racism (median white wealth is *twelve times* higher than median black wealth in the US). Let us not fall into that trap of feeling compelled to pick a side and then turn a blind eye those issues being raised up by our fellow Americans, who are fearful for their lives and those of their children.

Let's support our law enforcement officers. Let's support them by holding them to a higher standard and give them the tools and continued education and training they need to make safer communities and better understand the diverse needs of those individuals in their communities. Let's be willing to weed out those few bad apples who give the entire bunch a bad rap and create a greater danger to all. I believe the vast majority of law enforcement officials are good in their hearts and join the force to serve the public and make communities a safer place. However, any bolstering and promoting of a culture of bullying, excessive force, intimidation and otherizing only makes it easier for them to be demonized and targeted.

If we perpetuate that sentiment, the idea that we must demonize each other in the name of defending our own perception of reality, then how can we come to the table together to solve real and upsetting problems in America??

I stand by my responsible first responders.

I stand by the non-violent protestors.

I am actively looking for solutions. But in order to move forward, all voices need to be heard in this matter.

Thank you for listening to mine. 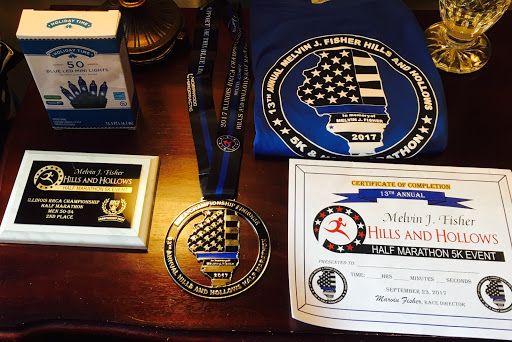