A Letter to my Boys Regarding Gay Marriage,

I want to talk to you about Gay Marriage. I know you're not even old enough to wipe your own asses, let alone understand the complex legal and ethical nuances behind this somewhat abstract and (sadly) sometimes divisive issue, but I feel compelled to bring it up. I want to talk to you about it because it may be vague and complicated, but at it's core, the topic of gay marriage represents something very basic, something every parent should teach their children from the very minute they begin interacting with the world.

Marriage equality, at it's core, really just means 'equality.' It means treating everyone fairly and nicely. It means sharing your toys with your brother. It means you are polite and kind to all the children in your preschool class, regardless of how they look, or speak, or dress, or behave. It means waiting your turn in line for the slide. It means speaking up when you see someone who is being mean to someone else.

Here's a little history lesson to help me explain: in 1996, long before you were born, US Legislators decided it was necessary to adopt a law that effectively excluded a healthy chunk of our citizens from the Institution of Marriage (Defense of Marriage Act)

Those guys?? They're essentially big ol' bullies. For the sake of simplicity, let's think of marriage as a swing set that these dudes just didn't want to share with everyone. See, there were some others on the playground who made these politicians -- and a noisy, somewhat hateful group of their constituents -- very nervous. The lawmakers and their buddies didn't like the way this group dressed or acted and they felt somehow threatened. These guys claimed that the swing set would be somehow ruined if everyone had access -- ignoring the fact that many were abusing and making a total mockery of the damned thing already (re: Kim Kardashian, Brittany Spears, that network that airs "Married at First Sight")

Luckily, this line of thinking didn't make much sense to a lot of people and by 2013, the law was repealed.  Still, there were enough bullies left out there feeling threatened and insecure (these being the standard-issue bully emotions), that not all states were willing to share their playground equipment with the gay community. Even California couldn't get their sh*t together (sorry, mommy sometimes curses when she thinks adults are behaving like children).

Today, however, our nation has finally decided to share the swings with everyone. The Supreme Court (#SCOTUS #ThanksGuys!) has issued a ruling that same sex marriage is protected under the 14th Amendment, setting a precedent for our entire nation to recognize that marriage is marriage, love is love, and it's time to start being a little nicer to one another.

Does this mean that the bullies are gone? That they will be silenced? Nope and nope. As long as there is insecurity and some degree of hate in this world, there will be bullies. I am sad to acknowledge that this is probably a pervasive reality that you will certainly encounter more than a few times in your lives.

Someday you will be old enough to begin to understand and discuss sexuality. It will mean a lot of awkward conversations and a fair amount of discomfort for all parties involved. When that time comes, I hope I will provide you with the right sort of information and that I can help you to have a healthy attitude about sex and sexuality and thus you will behave properly, respectfully, and safely -- despite whatever you will have already learned from the internet and the soccer team.

For now, however, the thing you need to understand is that all people are special and unique; that all people deserve to be respected and cared for. Even the bullies...maybe even especially the bullies. Call me naive, but I think that if we could all just remember that and be nice to one another, the world would be a lot less scary and disappointing.

Today's Same Sex Marriage win was a big win for humanity and a big win for niceness. I am glad there is a little more niceness out there in the world for you, because I love you so much and I want the best for you. In the ongoing battle between love and hate, today #LoveWins. 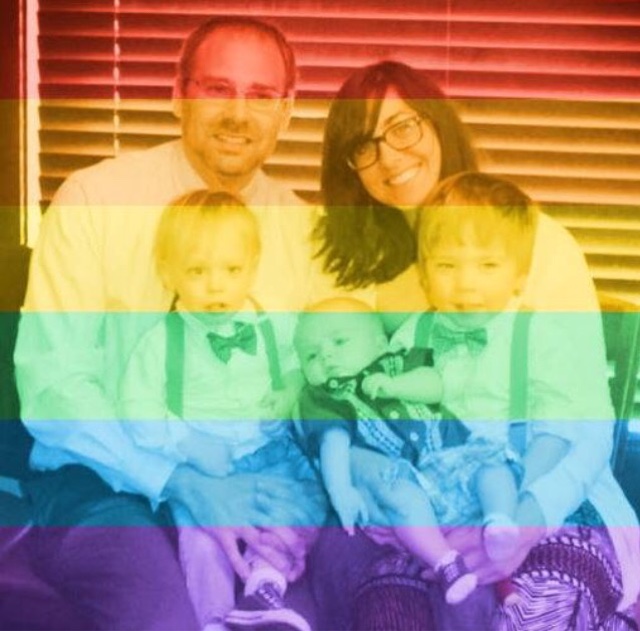 'In forming a marital union, two people become something greater than once they were...It would misrepresent these men and woman to say they disrespect the idea of marriage...they ask for equal dignity in the eyes of the law. The constitution grants them that right.
It is so ordered.'
- Justice Anthony Kennedy
Posted by Ready or Not Mom at 2:58 PM No comments:

My husband recently spent a week away for work and I was left home facing the harsh realities of single motherhood. This Father's Day, I find myself appreciating him more than ever.
Why?
...because sometimes 3am with a baby feels like it might break you. Add a wakeful toddler into the mix and the situation may seem especially bleak. Without the loving, patient, and capable arms of a good dad, there just simply aren't enough arms.
...because a little boy needs to be able to drag his father to the middle of the living room to dance with him.
...because sometime there's a rat in the basement or a squirrel in the kitchen and that shit requires a brave and clever soul to remedy.
...because it is so important that small boys see grown men showing affection.
...because having that time alone to run or spin or practice yoga or whatever makes for a more patient and happy mommy. And for him, watching the children is not ever considered 'babysitting,' only 'parenting.'
...because having a second set of hands to dress the children is crucial. And sometimes those hands chose clothes that even sort of match.
...because it takes a special kind of magic to turn a screaming toddler into a laughing toddler.
...because not every man could handle a wife who can't cook without a little crispy burn around the edges, can't keep an iPhone screen from cracking for more than a week, and refuses to assist with rat disposal.
...because we created this messy, loud, ever-moving, obscenely-enthusiastic three ring circus together and if it takes two to tango, it takes at least that many to raise three boys.
As my mother would tell you, I kissed a lot of frogs before I found my prince, and maybe it was dumb luck, but I couldn't be happier with my choice of partner and the man who my children call (with gusto) 'daddy' 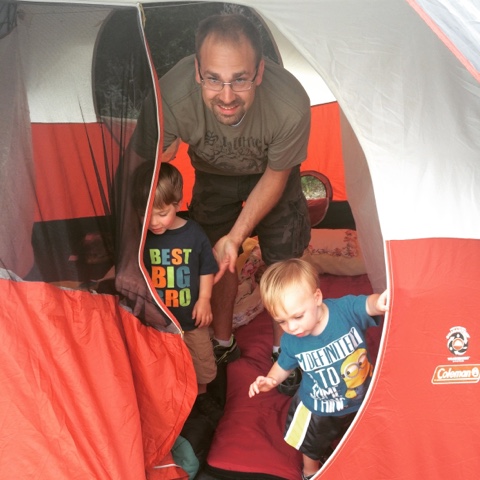