Is Marriage Really Not for You?

So this one post has been all over my news feed for the past few days. It has the titilating title of 'Marriage Isn't for Me' that just begs the reader to click the link and dive right in.
Maybe you've read it already.  That's a pretty likely scenario actually, as it's been re-published by numerous online publications -- including the illustrious HuffPost -- since it originally appeared on the author, Seth Adam Smith's site two short days ago.  In that time, It has been suggested that the post has had over 1 million hits.
In case you're not one of those 1 million readers, I'll give you the Cliff's Notes version of it before I dive into further dissection and analysis -- as any mediocre and jealous blogger might do with an enormously well-read piece.
Basically, Mr Smith describes his 10-year friendship that morphed (rom-com style) into a marriage and then (in another move suspiciously resembling a scene from a Meg Ryan movie) a pre-wedding pep-talk from his father where he learned that: marriage isn't for you. You don't marry to make yourself happy, you marry to make someone else happy.  He goes on to support this thesis statement with all the wisdom of a child-less man, married for a whopping 18 months.
(I know, who am I to criticize? ...Don't you worry, more to come)
As with all viral beasts, this little nugget has sparked all sorts of opinions from John Q. Internet, spanning from worshipful praise to hateful name-calling.
Maybe you jumped up and down cheering as you shared it on your FB page or sent it out to play with other viral animals on the twitter-verse.  Or maybe you reside in the more cynical camp who called bullshit on the whole thing or suggested that our hero wrote the post as penance for something really terrible, like cheating on his bride.
Now, I will say I didn't react as strongly as all of that in either direction.  In fact, I initially wanted to send a cyber-high five, but after a little more thought, decided I would rather settle for a face-to-face bitch smack.  At present, I am sitting somewhere in between (for this, I will credit my middle-child status).
If you're one of my usual readers (love you guys...who needs a million idiots? I prefer to have a small group of quality followers), you know that my 3-year marriage hasn't exactly been a cake-walk as life has been tossing us one hand-grenade after another.  Playing the parts of novice mom and dad to two preemies who arrived practically back-to-back while also working rather unconventional jobs (in terms of hours and responsibilities) has been a pretty interesting challenge, to say the least.  My recent posts have reflected that as I memorialized my mommy-meltdown  (that was for you, alliteration junkies) and then tried to sort it all out.
Here's the thing though.  If we're abiding by Mr. Smith's philosophy, my marriage should be all about pleasing my husband and meeting his wants and needs; suggesting that this should be done at the cost of my own wants (to shower long enough to shave) and needs (to not spend every day in the dazed stupor that results from extreme fatigue).
...a true marriage (and true love) is never about you. It's about the person you love--their wants, their needs, their hopes, and their dreams.
See?  He said it right there: it's never about me.  Paradoxically, he also suggests it's also never about my husband.  All that circular logic aside, let's discuss how the author goes so far as to offend my 'selfishness' by comparing it to Walmart for chrissakes!  Can you think of anything more demeaning?
My father's advice was both shocking and revelatory. It went against the grain of today's "Walmart philosophy", which is if it doesn't make you happy, you can take it back and get a new one.
Well sure, I have no intentions of digging up that receipt I got when I purchased my life-partner back in 2010.  But I still take offense.  See, I don't need to be happy all the time.  In fact, who doesn't enjoy a little brooding and a decent cry every now and then?  If that wasn't the case, poor James Blunt would still be some sad-sack nobody, probably living off tips in some dreary London flat. 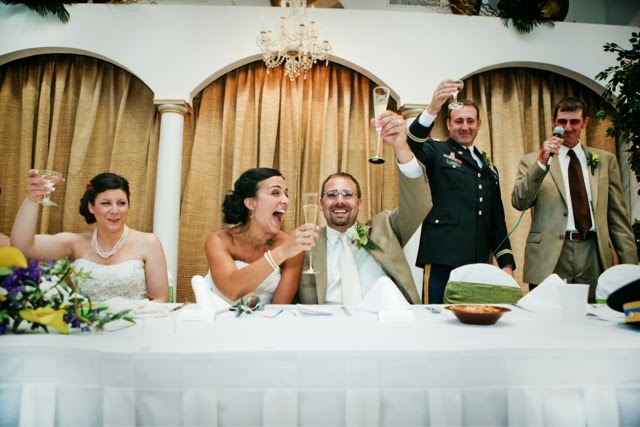 Here's to the bride and groom, may they have many miserable years together!

Still, if marriage wasn't at least partly to make all parties happy, even just some of the time, then I'm sorry but what's the flipping point?

"Marriage isn't for you. It's not about you. Marriage is about the person you married."
Sorry Seth's Dad, but in my (admittedly limited) experience, marriage isn't about martyrdom either.  In his defense, I actually thought it was, until yesterday.  I thought that if I sacrificed any semblance of a restful night of sleep to tend to the outrageous demands of our infant, even while working myself to the bone at my 'day job' that that would show my husband how much I loved him.  I flew around the house doing dishes and laundry one-handed as I nursed our baby, convinced that he would watch me and think, boy, she really loves me.
Nope.  Maybe that's true over at the Smith house, but at our place what my husband thought was this: I'm living with a woman who has lost her damn mind.  Yup, time to put a pin in that useless self-sacrificing behavior and act like a grownup who knows when to ask for help.  My husband doesn't want to be married to a lactating Tasmanian devil (ironically?) campaigning for saint-hood.  He wants that fun-loving, spontaneous broad who played a mean game of Flip Cup the night we met. 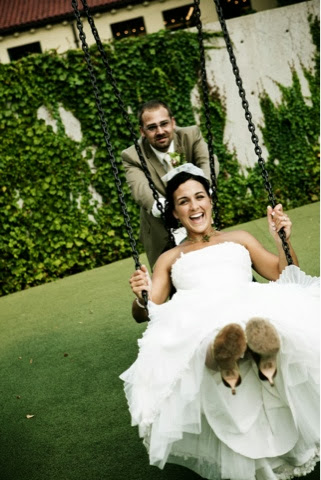 Who knew then that I'd be a full-fledged lunatic in just three short years?


Seth says:
Selfishness demands, "What's in it for me?" while Love asks, "What can I give?"
I say this: too much give-giving all the time in the name of loving your spouse will only turn you into a resentful mental patient.  Show a little love for yourself so that you can be a functioning half of a partnership, not a mindless slave to your spouse.  Feeding all your energy to a demigod who never asked for it anyways sounds to me like a recipe for resentment and resentment has got to be one of the main ingredients in a divorce cocktail.
"More than that, your marriage isn't for yourself, you're marrying for a family. Not just for the in-laws and all of that nonsense, but for your future children. Who do you want to help you raise them? Who do you want to influence them?"
Know who I want influencing my kids?  I want two functional, happy adults who work together to meet the needs of their family.  I want two adults who understand that taking care of themselves is an important step in taking care of others (isn't that first rule of plane crashes? Put on your oxygen mask before helping others?)
Not to say I disagree with everything our friend Seth has to say.  I mean, I initially loved the taste of his Kool-Aid, remember?
It was in that very moment that I knew that Kim was the right person to marry. I realized that I wanted to make her happy; to see her smile every day, to make her laugh every day. I wanted to be a part of her family, and my family wanted her to be a part of ours.

Sure, this statement tugs on my lady-hormones more than just a little.  Nothing makes me happier than putting a smile on the faces of those I love; be it my husband, my toddler (he's an easy one), or my infant (smiles generally = gas, but I'll take what I can).  I love that my husband is an integral part of my family now.  I never once questioned my love for him and didn't hesitate for one minute; from the time he knelt down in front of me with a ring to the moment I said, I do.  I was all in baby. 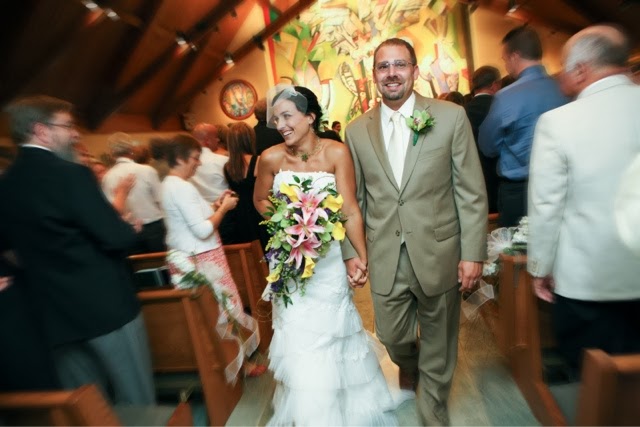 No cold feet here.  The whole thing would've made for a terribly boring Rom-Com.


Maybe I am a little selfish, but if I wasn't, I would have told this amazing man who shares my life that he should find someone else to marry; someone more worthy.  But then I would be alone and probably listening to James Blunt every day. 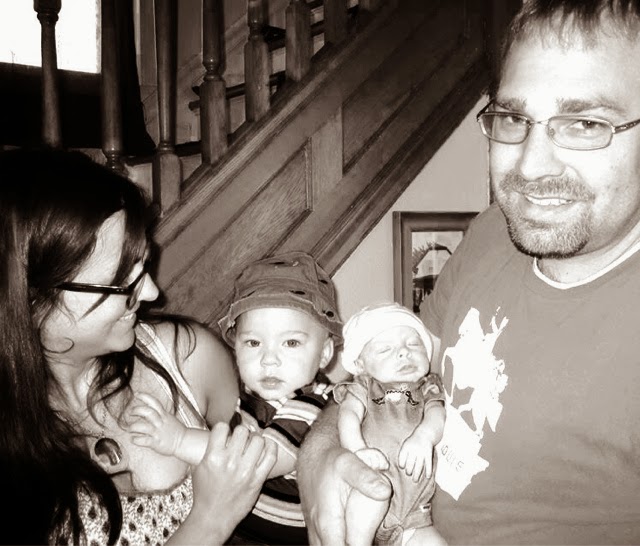 Go on.  Call me selfish.