As much as I appreciate the granola-hippie, baby-wearing, breast-feed-my-kindergartener approach to motherhood, I never had any intention of co-sleeping with my infants (or breast-feeding them until they're five for that matter).  In fact, I used to spend late night nursing sessions reading horror stories on the Internet about parents accidentally suffocating their little ones in order to jar myself out of falling asleep at the wheel (so to speak). 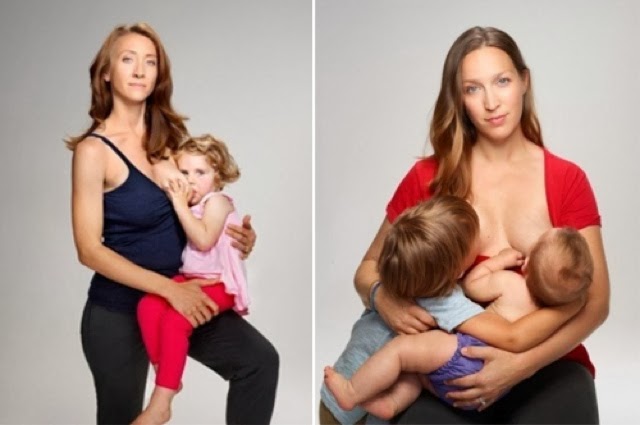 Kudos ladies.  I myself look forward to recovering full ownership of my boobs in nine months.

But alas, my 3-month-old is now making it a habit to spend all but a few hours sleeping right there next to me.  There, I said it.

I have been mentally composing this confession for weeks now, but too terrified to put pen to paper (ok, fingers to keyboard) for fear of mass judgement and DCFS busting my door down SWAT team-style and demanding I relinquish my children.  I also happen to know I am being 'followed' by one of our former-NICU docs and for some reason I especially don't want the medical community getting wind of my negligence (What's up Dr D?).  I guess I don't want them knowing I have willfully ignored all their careful research into 'safe sleep' practices and have knowingly put my child at risk.

Here's the thing though: I am exhausted.  No, that's not the right word.  I am bone-tired.  Yes, my bones are tired.  Nine PM rolls around and I feel like I have been in a head-on collision with a Mack Truck.

See, my husband and I were operating on financial life-support all summer, so I re-enlisted in the Army of the Working Mommies two weeks ago in order to keep a roof over our heads and not default on the second mortgage, ahem I mean my student loans.  And although it still feels like a paid vacation in some ways, I do not have a physically cushy desk job.  My first day back was ten hours of running around and offering 'max assist' to barely ambulatory rehab patients -- although granted, a big bulk of it was spent fighting with the archaic computer system that had apparently pronounced me dead after such a prolonged absense.

My days 'off' are action-packed with running the toddler living-room 5K, marathon-nursing, the magical never-ending laundry dance, dishes, and errands.  Most those days are spent with a co-dependent 8lb infant strapped to me in some fashion.

And because I am a crazy person, I try my damnedest to get a nice solid workout in on most days.  Does that mean I haul a pumpkin-seat into a 530am spin class on occasion?

Pretty much all of the above eventually results in ear-splitting shrieks once the little guy realizes he's alone.  I mean, these are eally angry screams, paired with the most pathetic little pissed-off face you ever laid eyes on.  It's like someone insulted his mother (oh wait).  This is generally followed by the pacifier dance-off and eventually mommy caving in and offering snuggles and/or comfort-nursing: points awarded to the tiny bald feather-weight in diapers while the heavy-weight mommy is left bloody and battered in the sleep-deprivation corner of the ring.

I would say I've 'spoiled him' but my pediatrician is super-fond of reminding me that this is impossible.  And my psychologist sister-in-law would tell me that the very worst thing you can do to a crying infant is ignore him.  I suppose I have the rest of his life to damage him emotionally, so why start now?

Sure, eventually we will have to put our figurative feet down and let the kid cry it out.  But here's one of the problems with delivering a half-baked baby (well that didn't come out right, did it?): Bonus infant time!

See, my three and a half month old kiddo is really only six weeks old and certainly couldn't be expected sleep more than a few hours before requiring a meal.

And so, we co-sleep.  Sort of.  He sleeps and I doze rigidly next to him, waking up every 20 minutes to be sure he hasn't rolled onto the floor, suffocated under a blanket (which I generally tuck under him or just forgo altogether), or been ironically smothered by me and the extra 15 lbs of baby weight I'm carrying around.

So our sleep situation is less than ideal at best and dangerous at worst.  I acknowledge that and yes, it stresses me out big time.  I remember complaining about sleepless nights on Facebook when my oldest was about this same age (he went down much easier, but spent twice as long nursing).  More than one mom friend replied that I would miss those late night 'bonding' sessions when they were gone.

Here's what I have to say to that:
I
Call
Bullshit.

Ok, maybe they do miss it.  Or maybe they've been away from it long enough to be suffering from 'selective memory loss'.  Or I suppose it's possible that I am suspiciously missing the compassionate mommy gene that allows for me to fully appreciate sleeping in fitful 20 minute incriminates.

You know what I miss? I miss 8 hours of uninterrupted blissful slumber.  I miss sleeping until noon if I felt so inclined.  I miss not feeling like an extra on Walking Dead (you know, those limping, drooling, snarling folks who haven't showered since the apocalypse and can only be truly stopped by piercing their brainstems?...that's me!) 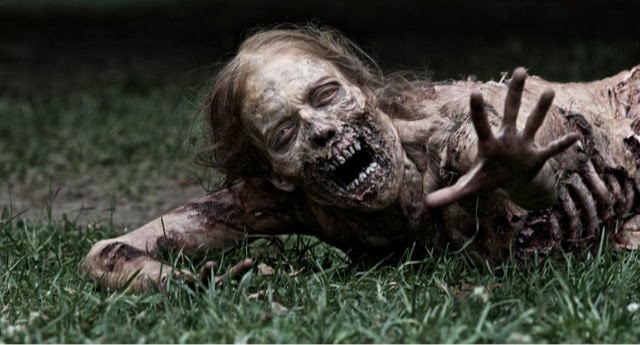 Please! All I want is a power nap and a chance to wash my hair!  And maybe also to snack on your brain...

On the plus side?  These sleepless nights give me a great opportunity to blog.
See you folks in the funny pages.  (Or else as a tragic front-page headliner: Negligant Mother Claims Co-Sleeping Was 'Accident')